Pianomania is a film about love, perfection, and a little bit of madness. This exceptional and funny film takes the viewer into the mysterious world of sounds and follows the “master tuner” Stefan Knüpfer at his uncommon work with music stars like Pierre-Laurent Aimard, Lang Lang, and Alfred Brendel.

Pianomania takes you into the secret world of sounds—a place where passion and the pursuit of perfection collide with artistic obsession and a little bit of madness.

Stefan Knüpfer, Steinway & Sons’ chief technician and Master Tuner, is dedicated to the unusual task of pairing world-class instruments with world-famous pianists. Juggling the demands of the pianist, the piano, and the piece to find the perfect match requires boundless enthusiasm, but also endless patience and nerves of steel. No detail is too small or too inconsequential for Knüpfer, not even the tiniest speck of dust on a piano string. Pianomania is a humorous and surprisingly suspenseful peek into the heated clash of wills between a genius craftsman and the renowned pianists who rely on his talent—including Lang Lang, Alfred Brendel, Rudolf Buchbinder and Pierre-Laurent Aimard—as they search together for that elusive perfect tone.


You cannot order this product as a guest, but must create an account to be able to view it indefinitely after purchase.
After we have received your payment, the content will be displayed HERE ↓↓.

Be the first to review “Pianomania” Cancel reply 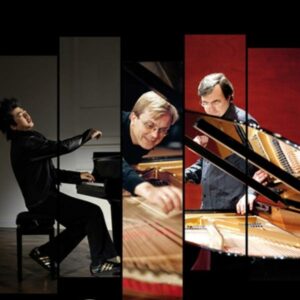 You're viewing: Pianomania 5.00 €
Rated 0 out of 5
Premium content
Sign in Create an Account
Lost your password?
Manage cookie consent
To provide you with the best shopping experience, we use cookies to store and/or access device information. If you consent, we can process your data. If you do not give or withdraw your consent, certain features and functions will be affected.
Manage options Manage services Manage vendors Read more about these purposes
View settings
{title} {title} {title}